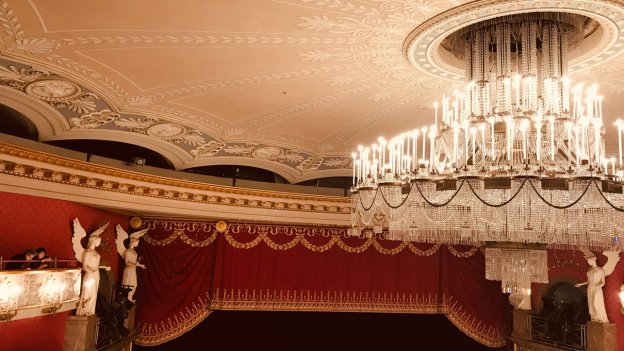 The lyrical opera Eugene Onegin was written by Pyotr Ilyich Tchaikovsky in 1878 and premiered in Moscow in 1879. It is based on the verse novel of the same name by Alexander Pushkin. RG Munich attends the performance of this popular opera at the Staatsoper.

The titular hero, a selfish young man, learns to regret his smug rejection of a young woman’s love and a reckless deadly duel he provoked with his best friend.

In Russian with German and English surtitles

Here you will find current information and a statement by the DAAD Alumni & Friends on the Russian attack on Ukraine.