Visit to the United Nations in Bonn 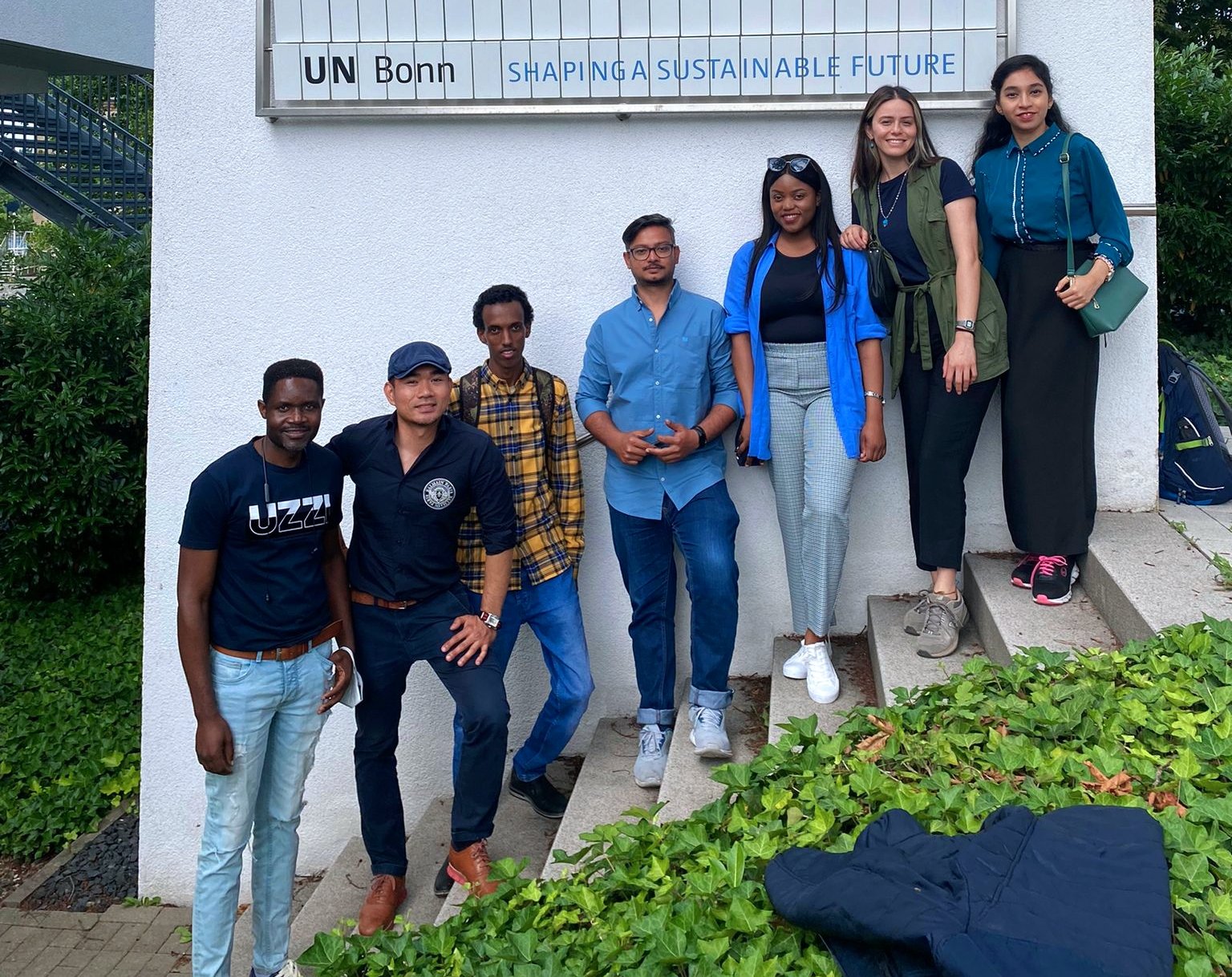 On July 8, all scholarship holders had to hand in their passports in front of the UN Campus Bonn for security reasons, then they were allowed to enter the second highest building in Bonn. The “Langer Eugen” was built in the 1960s for the offices of the members of the Bundestag, named after the german Bundestag president Eugen Gerstenmaier. Today the offices of the UN are in this building. 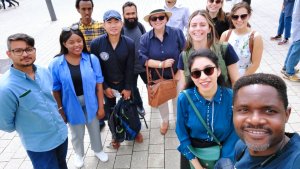 There the group met Harry Ganns, former German Ambassador to South Africa (now Senior Adviser to the UN Regional Information Centre) who gave a lecture of the structure of the United Nations organizations in general and the 25 Bonn-based UN Secretariats in particular.

The main organs of the UN are the Security Council, which consists of the 5 permanent members with veto power- the USA, Great Britain, France, the Russian Federation and China- and 10 other non-permanent members-, the General Assembly, which is not endowed with binding force in its decisions, and the Secretary General, which manages the UN and implements the decisions of the other two organs.

After the German Bundestag decided in 1991, as a consequence of the unification of Germany, that the German Bundestag and parts of the Federal Government should move to Berlin, it was decided as a perspective for Bonn’s future that Bonn should become a location for international organizations, in particular for the UN. There are currently about 1000 UN employees in Bonn, who work in 25 UN secretariats and are housed next to the “Langer Eugen” in the “Altes Abgeordnetenhochhaus” and more recently in the “Klimahochhaus”. The most important UN agency in Bonn is the Secretariat of the United Nations Framework Convention on Climate Change (UNFCCC), which operates world climate policy with almost 500 employees, including preparing all major climate conferences, most recently the 2021 conference in Glasgow. The UN Volunteers Programme operates the second largest office, sending nearly 10,000 volunteers each year, mostly to developing countries. The third largest office, also of increasing importance to global climate, is the Secretariat of the United Nations Convention to Combat Desertification (UNCCD). All Bonn secretariats are particularly committed to the 17 Sustainable Development Goals (SDGs) and the goal of global sustainability. Accordingly, the SDG Action Campaign and the Knowledge Centre for Sustainable Development of the UN have been located in Bonn since 2016.

After a lively discussion with Harry Ganns, we took the elevator to the highest point of the “Langer Eugen”, the “highlight” of the day. From up there we had a fantastic panoramic view of the whole of Bonn, the UN Campus, the former Bonn government district, the Rhine, the Siebengebirge, the Post Tower, the headquarters of Deutsche Post/DHL, and Deutsche Telekom.

Finally, we went up to the heights, namely to the roof of the Bundeskunsthalle, where we ended the day in the beer garden.

The same program can be arranged for other regional groups. 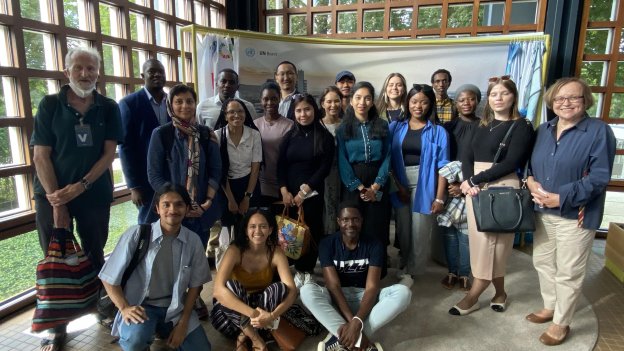