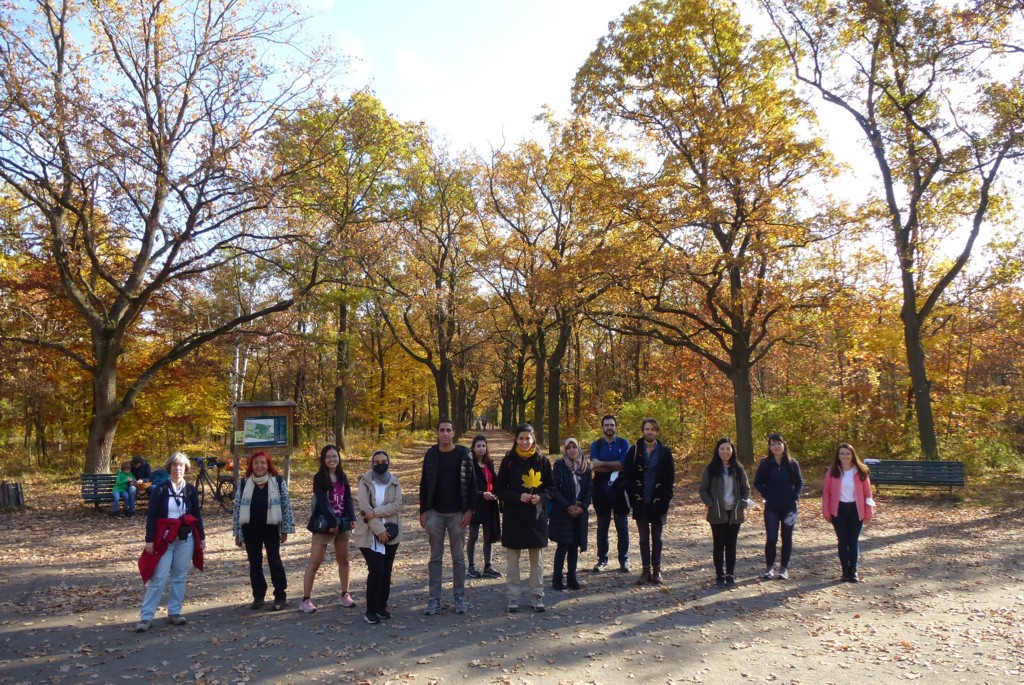 Berlin’s southeastern borough of Treptow-Köpenick offers the opportunity of making long hikes through forests which in autumn allow marvelling at the beautiful colours of the deciduous trees. And thus, this time, the chosen route took us from the Wuhlheide forest through the Plänterwald forest up to Treptower Park.

On 31 October, 2021 a group of 14 participants from 4 continents, DAAD scholarship holders and DAAD alumni, met at the urban railway station Wuhlheide. Our walk in the Wuhlheide took us through a mixed forest of deciduous and coniferous trees, passed a little pond and a clearing, and went again under the canopy of the mixed forest. The colourful trees constantly offered an amazing view and invited us to wonder at them and, of course, also to take pictures. 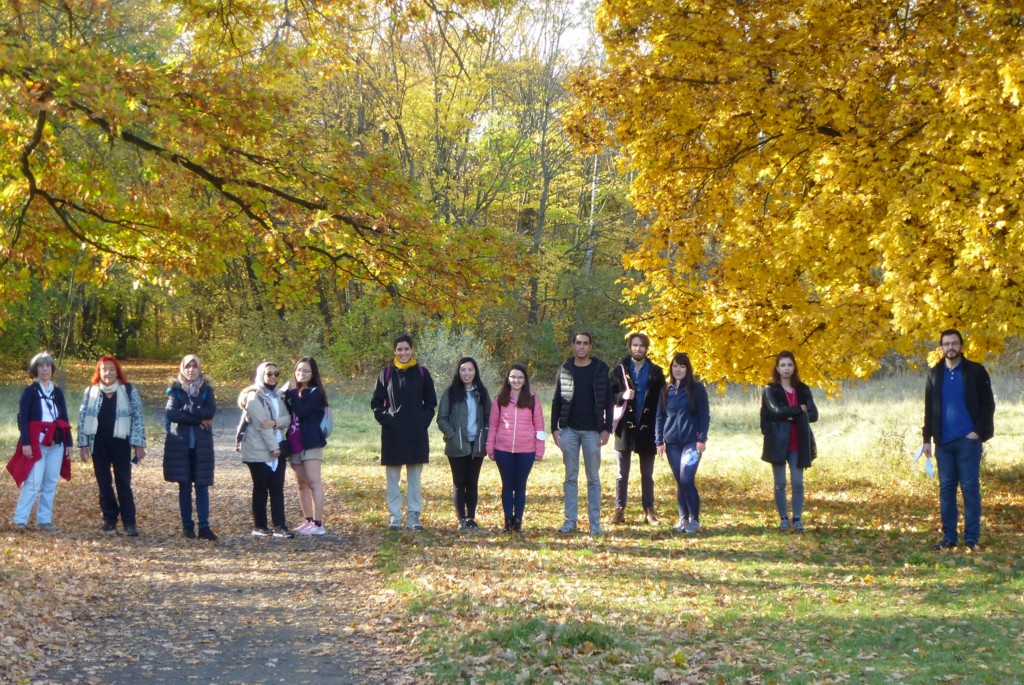 Since our hike was meant to be a longer one and we wanted to get to know other forests, we walked then on toward the river Spree, which we crossed by means of the ferryboat Wilhelmstrand – Baumschulenweg (a solar-energy-propelled catamaran). Once on the opposite riverbank, we entered the Plänterwald forest, walking sometimes along the river bank, sometimes along narrow winding paths deep in the forest. This rather wild forest with almost exclusively deciduous trees offered us everywhere, but especially at a place with many beech trees, tall and old as well as very young ones, a splendid autumn sight. 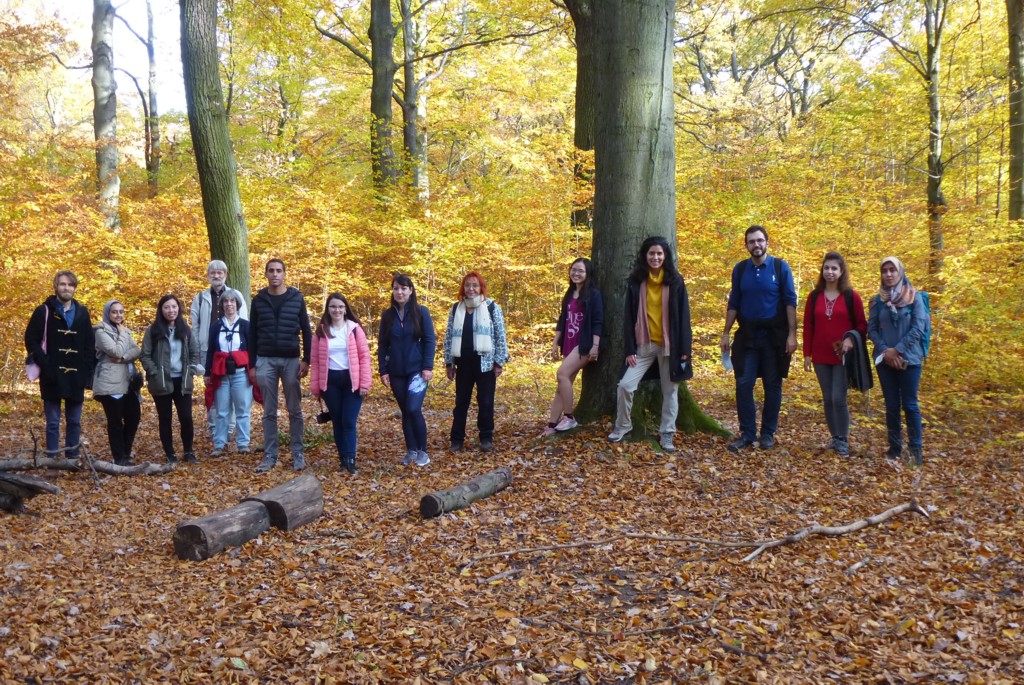 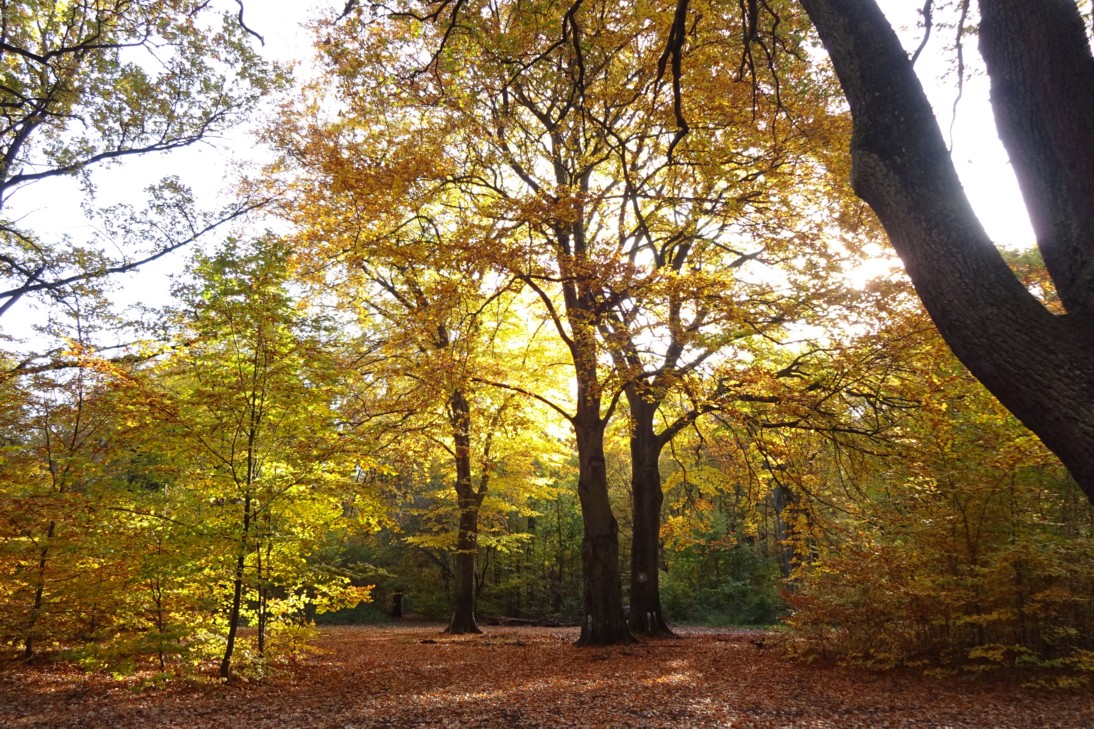 We went then on along the river Spree to the Island of Youth, which we reached over a bridge. There we had a lunch break, some went to the open-air restaurant, some made a picnic with their provisions at the river banks.

Our last stage brought us to the Treptower Park, a landscape garden with lawns and trees, which also here unfolded their autumn splendour. We passed by the Archenhold Observatory with the longest refracting telescope worldwide, walked along the banks of the Karpfenteich pond and visited the impressive memorial for the Soviet soldiers fallen during the Second World War. At the end, we walked back through the rose garden to the river Spree and on to the Treptow harbour and the urban railway station Treptower Park, where we said our farewells.

At the end, we had walked 14 km, have had many interesting conversations during the hike and were impressed by the colourful leaves and a perfect autumn weather.