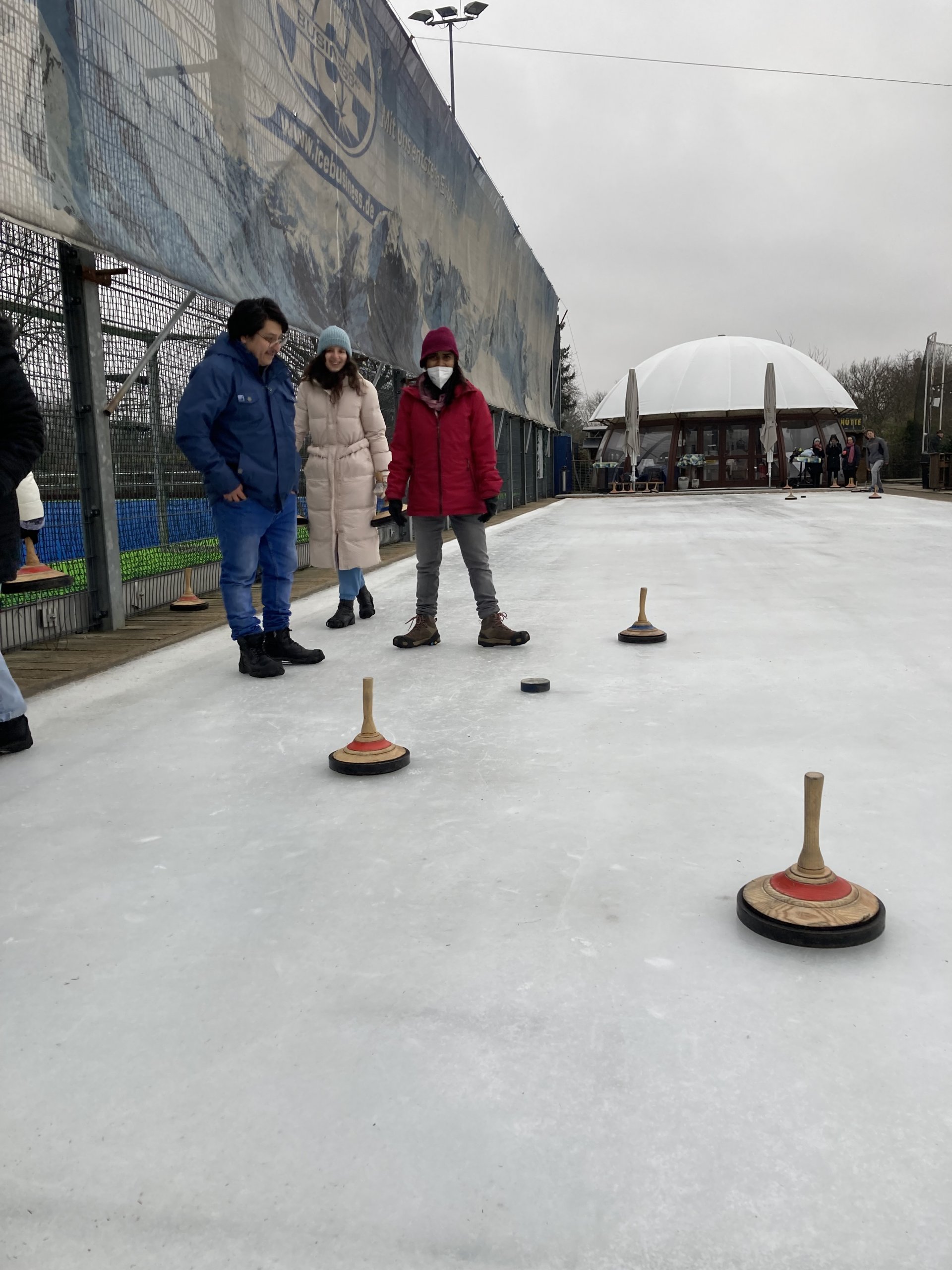 As one of the first events in this year, 9 scholarship holders and alumni of the Berlin regional group met at the Lankwitz ice rink to play ‘Eisstockschießen’. A game with its origins in the Alp region and which is similar to curling.

At the meeting point in front of the ice rink, you could not overlook that ice skating is in this winter very popular in Berlin. Our group was led past the long queue to the playing field and was instructed in the relatively simple rules of the game. Despite these simple rules, the game turned out to be harder than expected, because it wasn’t that easy to slide the ‘Eisstock’ to the other end of the track at all. Therefore, the right technique had to be tried out and practiced first. After a few attempts, the first points could finally be scored, and the first “Kehren” were played. More than an hour passed quickly and after focusing on the game, there were the first breaks and the participants began lively conversations.

There was very positive feedback for organizing a live event, where people could meet and socialize. With the winter and the pandemic, it is currently difficult for the scholarships to settle in and feel at home. It was nice to see that everyone enjoyed the few hours of playing and socializing in a relatively safely way. 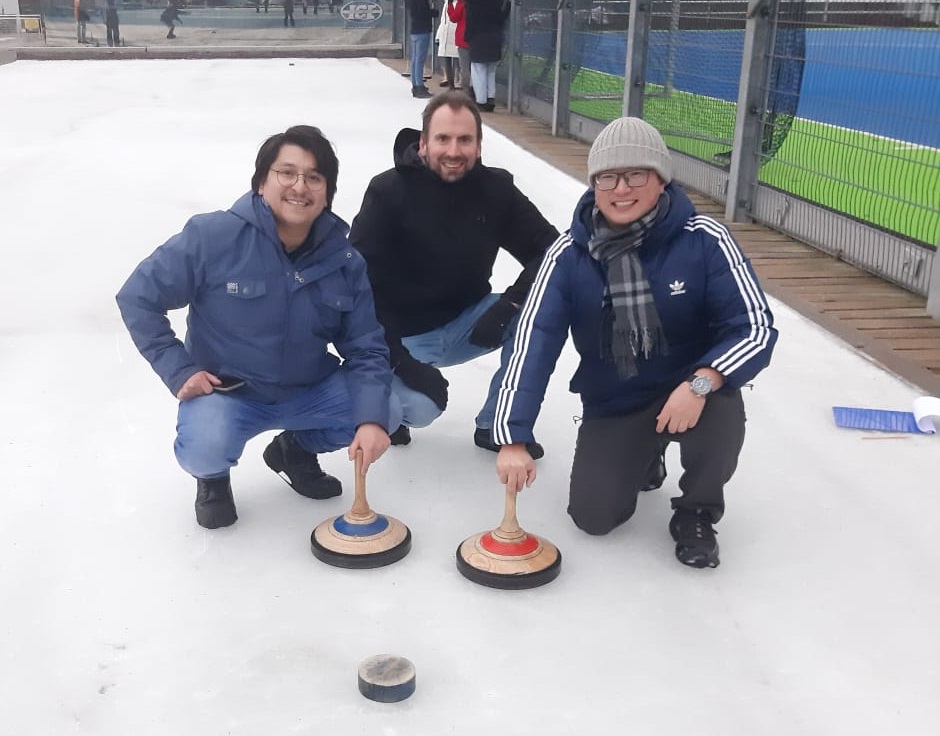