Guided tour: the cemetery of Dorotheenstadt 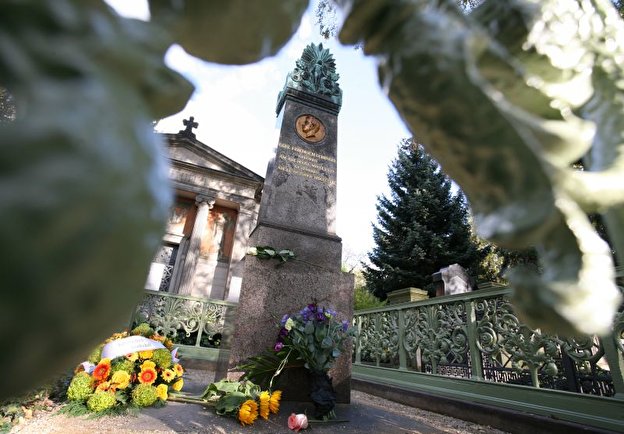 The „Père Lachaise“ of Berlin

Not long after the cemetery of Dorotheenstadt had been established it became the last resting place of prominent people in philosophy, sciences and arts. Examples are the philosophers Fichte and Hegel, the master builder Schinkel and the sculptor Schadow. During the 20th century this was continued by the authors Bertolt Brecht and Anna Seghers; the grave of Heinrich Mann was transfered here from California. Recently the painter Johannes Grützke and the author Wolfgang Herrndorf were buried here.

A memorial for the opposers against Nazism, who were murdered by the regime, is part of the cemetery.

Quite a number of the graves are decorated by remarkable works of art, for instance those of wrought iron from the first half of the 19th century. The chapel contains an installation by the light artist James Turell.

Thanks to DAAD scholarship holder Julia Stankiewicz, the DAAD logo has been circling the earth since the end of 2020. As a master's student in aerospace engineering at the Technical University Munich, she originally planned an internship at Planet headquarters in San Francisco.