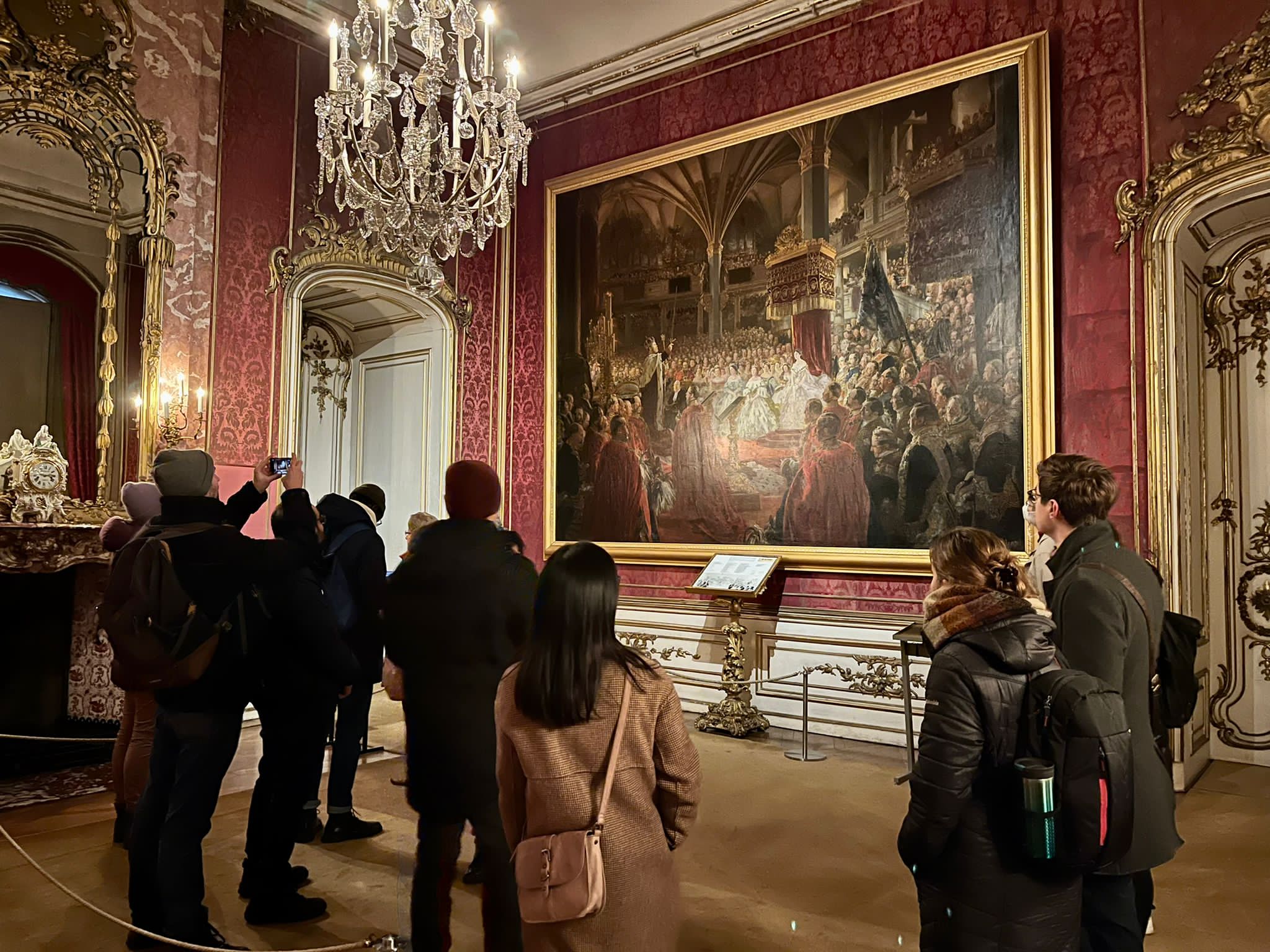 Shortly before Christmas, the Berlin regional group met for a Christmas guided tour of the ‘Neue Palais’ followed by a visit to the Christmas market.

The trip to Potsdam took place on the 4th weekend in Advent. It was one of the coldest days and a thin layer of snow lay over Sanssoucci Park with its numerous palaces. The guided tour in the New Palace had a focus on Christmas celebrations in the imperial family of Wilhelm II, and so the participants learned where celebrations were held, what was on the menu, and what presents were given. In addition, they were able to marvel at the magnificent rooms and feel that at that time the palace was by no means comfortably warm.

After a walk through the Sanssoucci Park, the group went to the Potsdam Christmas Market, where they could warm up with typical drinks and food. Within this Christmassy atmosphere, despite the cold temperatures, the group chatted over mulled wine or cocoa for a very long time. 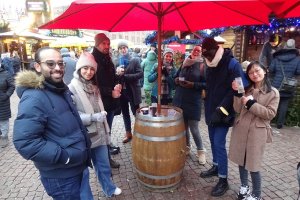