Kayak trip in the Spreewald 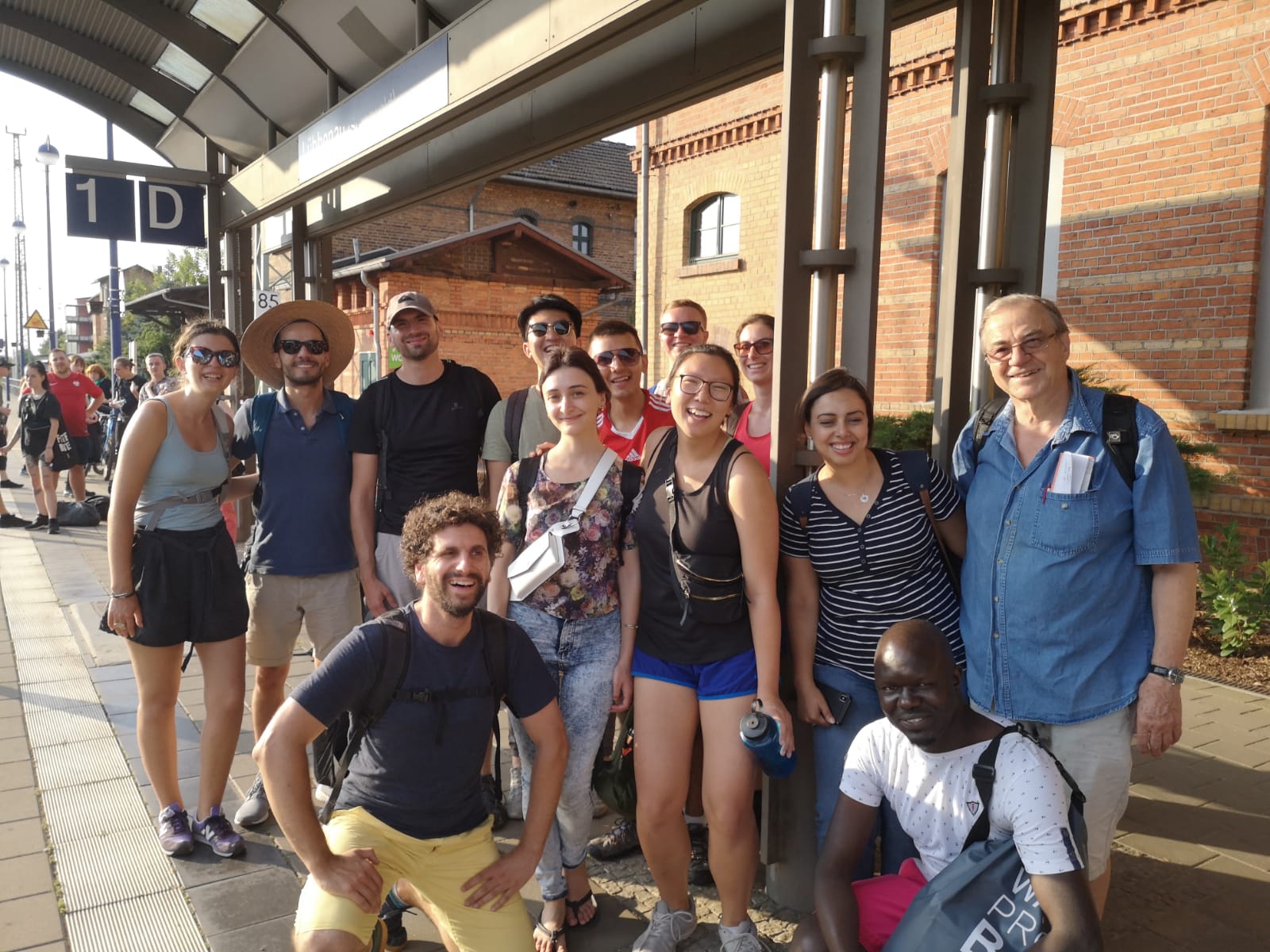 200 years ago, Fontane visited the Spreewald in a touristic excursion. 11 scholars and 3 alumni were following the steps of this writer to explore the unique landscape with its numerous water ways and special culture. Like the writer we visited Lübbenau, Leipe and Lehde.

Apparently, tourism in the Spreewald has a long-standing tradition, even 200 years ago the punting boats with comfortable benches and equipped with alcoholic drinks were described by Fontane. But we discovered the Spreewald in a more sportif way with kayaks. We started our tour in Lübbenau, the ‚Spreewald capital‘, and headed in the direction of Leipe. Soon the channels became narrower, and we were in the middle of the forest, which is giving the area its name. In this beautiful spot we could observe dragon flies, ring snakes and nutrias. In Leipe we than took a break at the harbour of this small village. 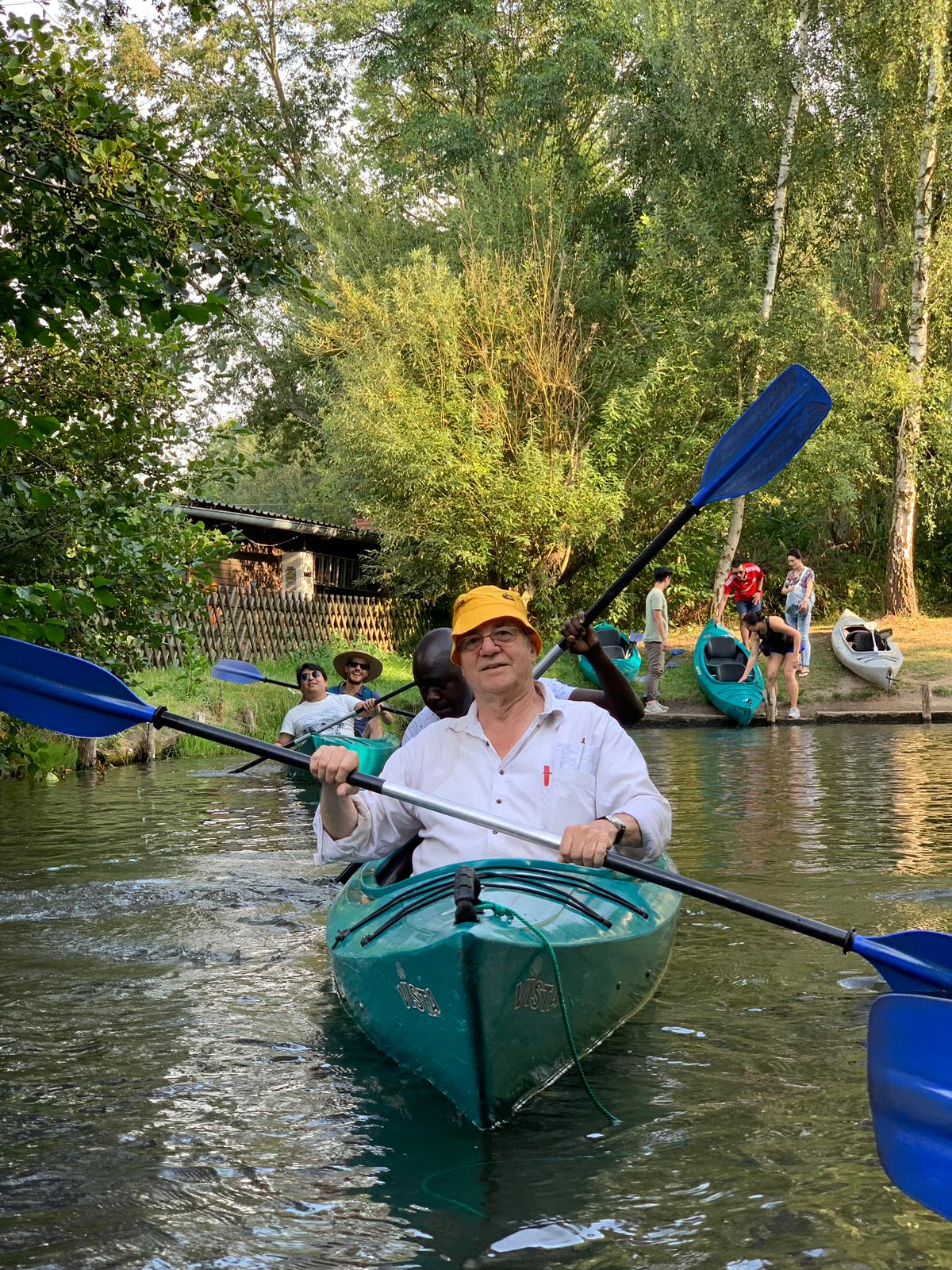 The highlight of the tour was in the end the village Lehde. ‘There is nothing more lovely than Lehde’ did Fontane wrote in his ‘Wanderungen durch die Mark Brandenburg’. It was the optimal place to drink a coffee and eat some local pancakes, the ‘Hefeplins’.

The timing of this day was as perfect as the weather. Just in time we got the train back to Berlin, so that a major part of the group could listen to the free open-air concert of the Berliner Symphoniker at the Brandenburg Gate.