Red Island and the fight for human rights 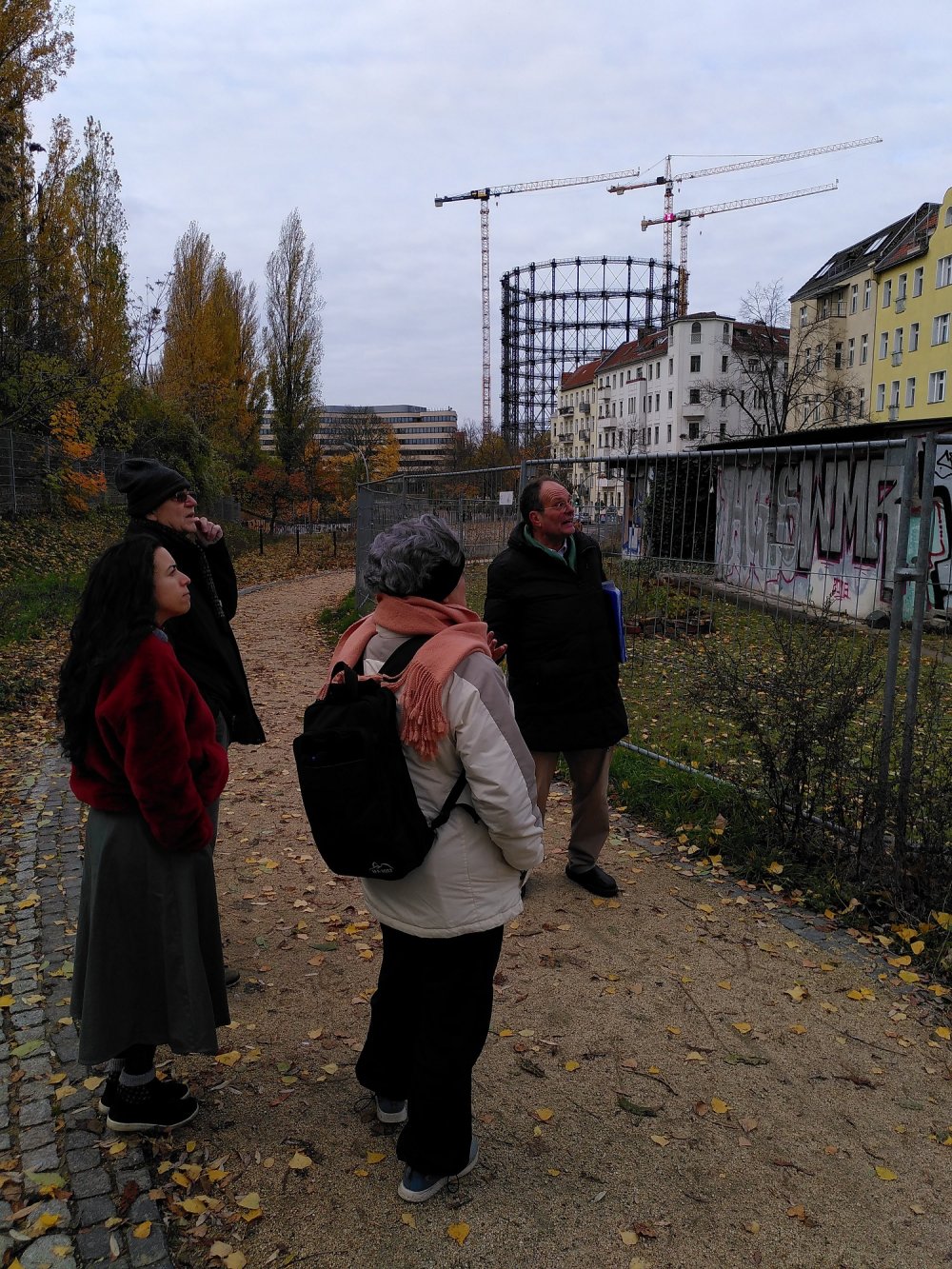 As part of our event series about the 17 Sustainable Development Goals of the UN, the regional group Berlin organized a guided tour on 9 November 2021 through the so-called Red Island. We wanted to demonstrate what the global topic of human rights means in a local context of Red Island. This area is part of Berlin-Schöneberg cut off from the rest of the city by three railway lines. Its genius loci is contradictorily determined by its politically red past (but also present) and the historic presence of the military.

Our guide, Martin Forberg, showed us a number of local initiatives that show how fighting for human rights on a daily basis looks like. Beginning with playgrounds that need to get adapted to our changing understanding of how to define children and what they are entitled to or how women’s shelters are a part of the struggle for gender equality. Another example is such a simple thing as an elevator at a train station that in realty is a step towards a more inclusive society.

During the tour we also learned some of the most prominent sons and daughters of the Red Island: the famous singers Marlene Dietrich and Hildegard Knef, but also Julius Leber, the resistance fighter and socialist MP murdered by the Nazis in 1945, and his wife Annedore. After the walk, not least because of the cold weather, some of the participants decided to leave the chilly streets and talk more about human rights and the history of the Red Island and went to a nearby café. 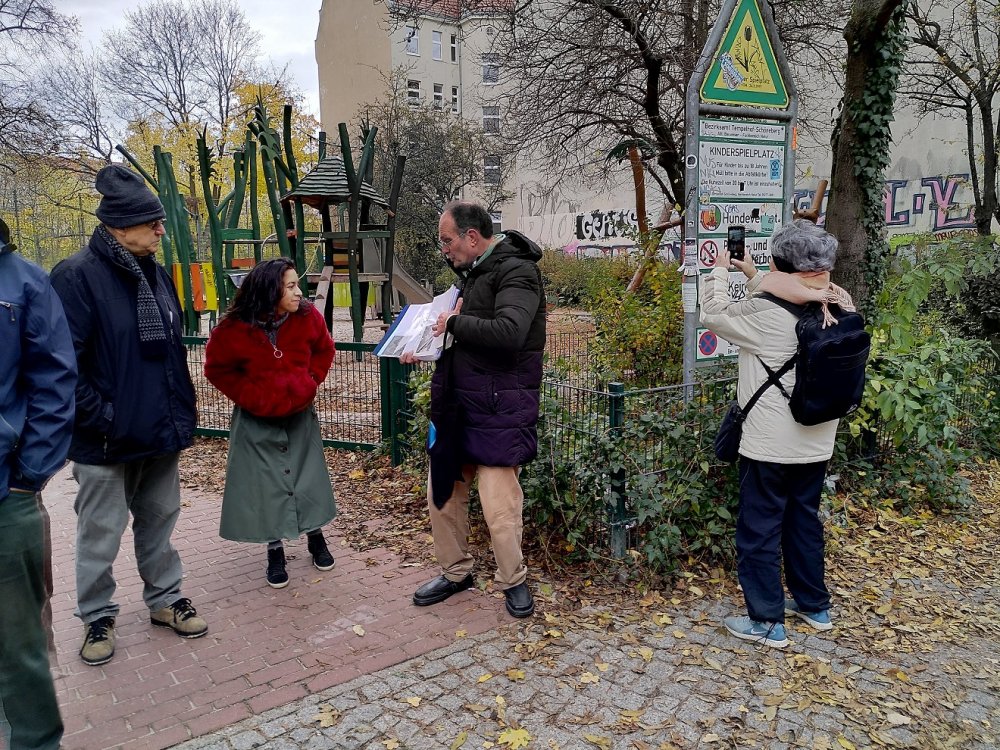